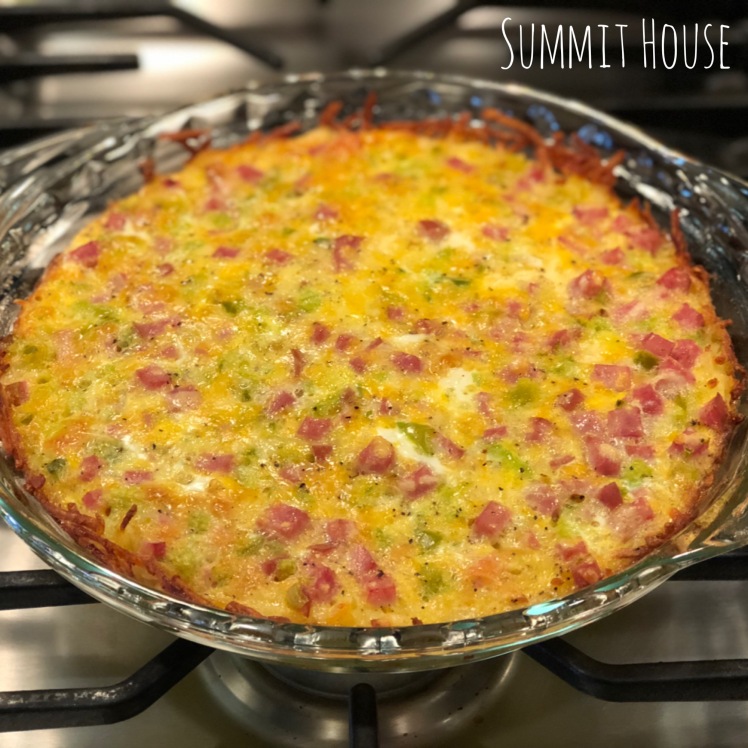 Hash Brown Quiche is new take on a classic quiche Loraine. Before I found this recipe, I’d never eaten quiche before let alone made one. I figured anything that has some of my favorite breakfast ingredients, hash browns, eggs, ham, bell peppers and cheese, all in one meal had to be delicious. This hash brown quiche doesn’t disappoint. This has quickly become a family favorite. We eat it for breakfast and for dinner. It’s one of those meals that seems to taste better as a leftover too.

I originally found this recipe in with a pile of cookbooks that belonged to my grandma. It was on an index card sized paper with a 90s styled photo on the front. I’m not sure what magazine or cookbook it came from??? I’m glad I took the time to dig through that pile and discover some old school, but keeper recipes.

The recipe below is exactly as it was on the original card. My only substitute is using turkey ham in lieu of pork ham. I make hash brown quiche usually during the same week I make Ham Fried Rice as a way of using up the turkey ham I have leftover. I like having two meals easily decided on and being able to use up ingredients in full. As tasty as this dish looks you’ll want to dig in right away, but I highly recommend letting it cool for the full 10 minutes. This ensures it’s easier to slice, and to serve intact pieces. When I’ve rushed this step, the slices end up in a hot heap on the plate. Not the best presentation for something that tastes so good.

6. Allow to stand for 10 minutes before cutting. Yield: 6 servings.

*To save time, you can make the hash brown crust the night before and chop/shred the bell pepper, turkey ham and cheese. 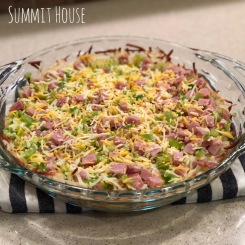 One thought on “Hash Brown Quiche”